My Life in NYC

Visualizing life changes before and after life in New York 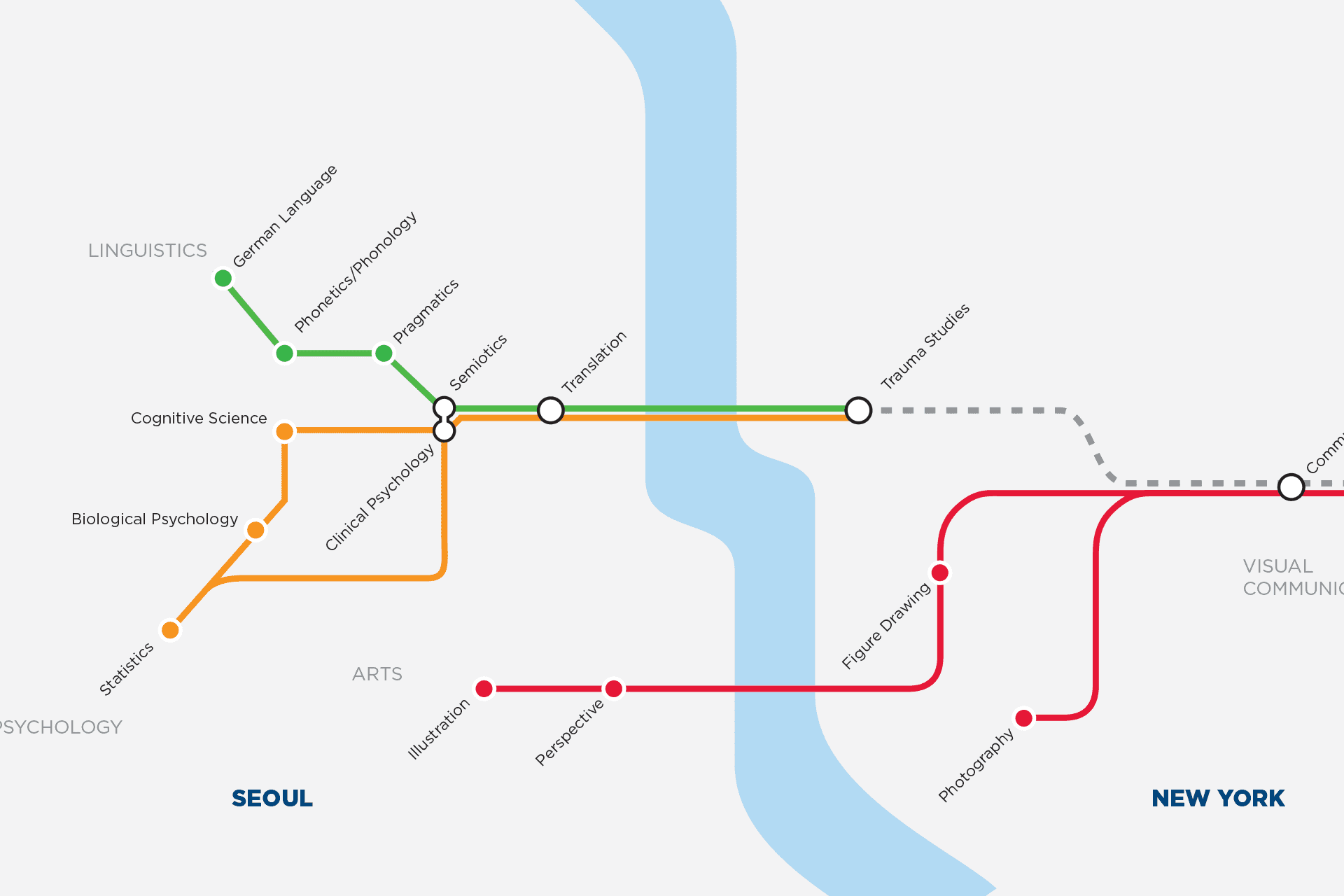 After I had spent the first five years in New York, I realized my entire life shapeshifted in practically all aspects, both personally and professionally. Looking at my old and new passport photos side by side—a clean-shaven academic with nerdy haircut versus a bearded bald designer—inspiration kicked in to create a visual quinquennial report that outlines my life before and after New York. 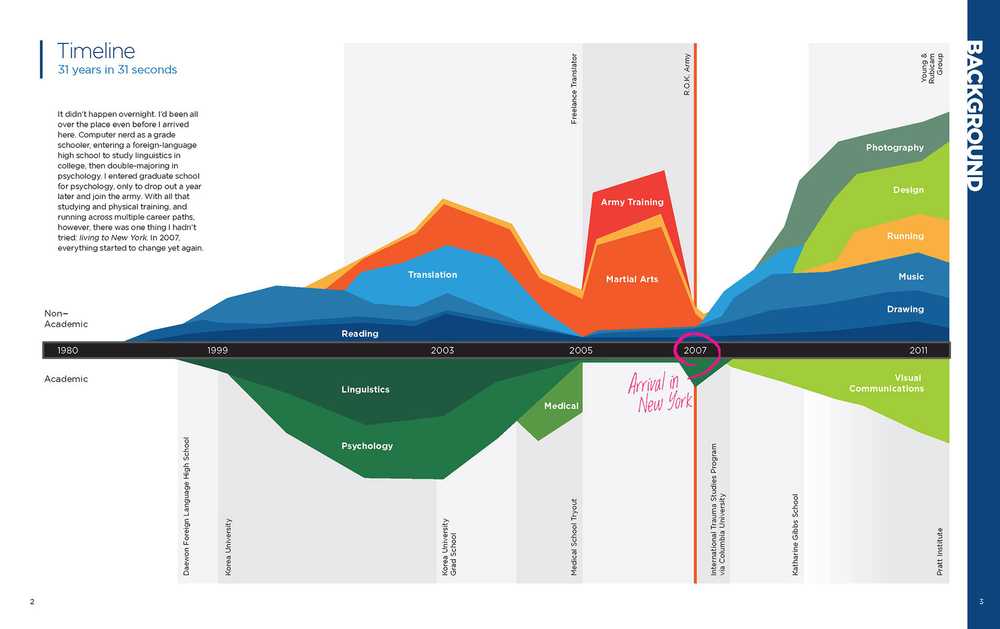 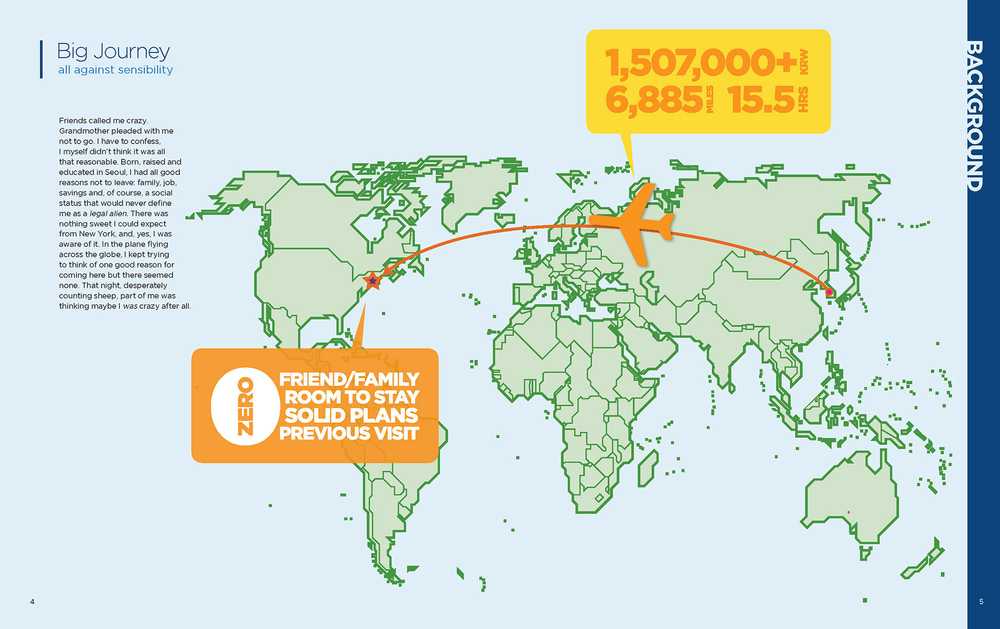 The initial journey in numbers 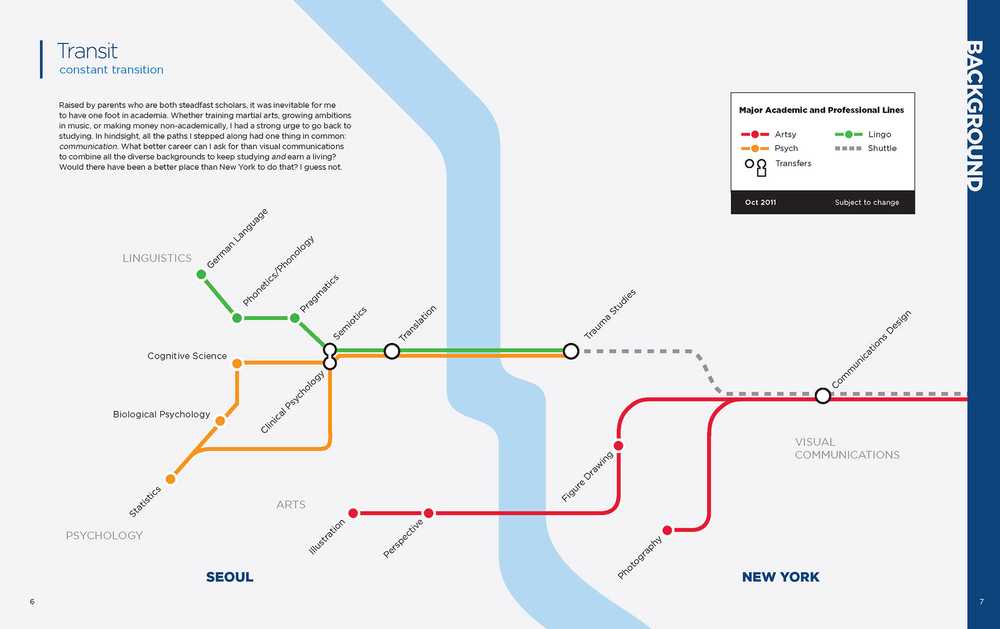 Life path transitions in geographic and topical trains of thought. (See what I did there?) 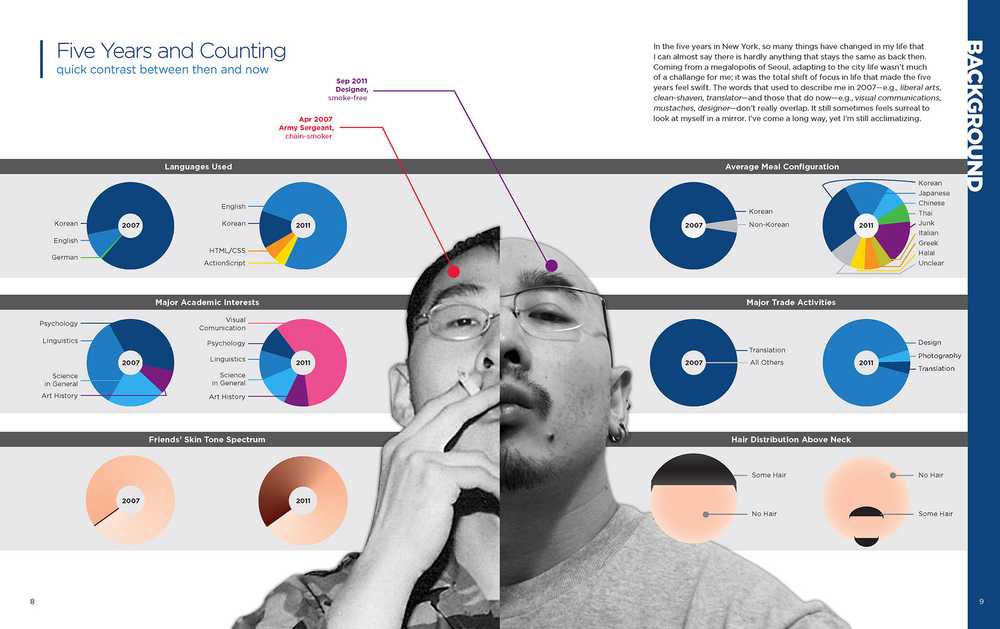 Drastic visual contrast between before and after NYC life in mundane aspects. 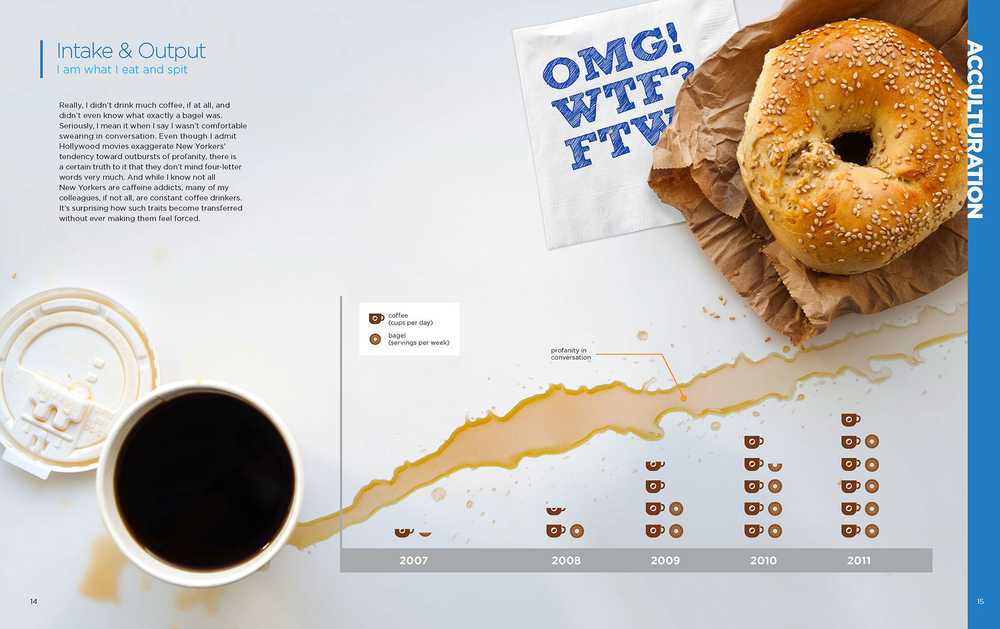 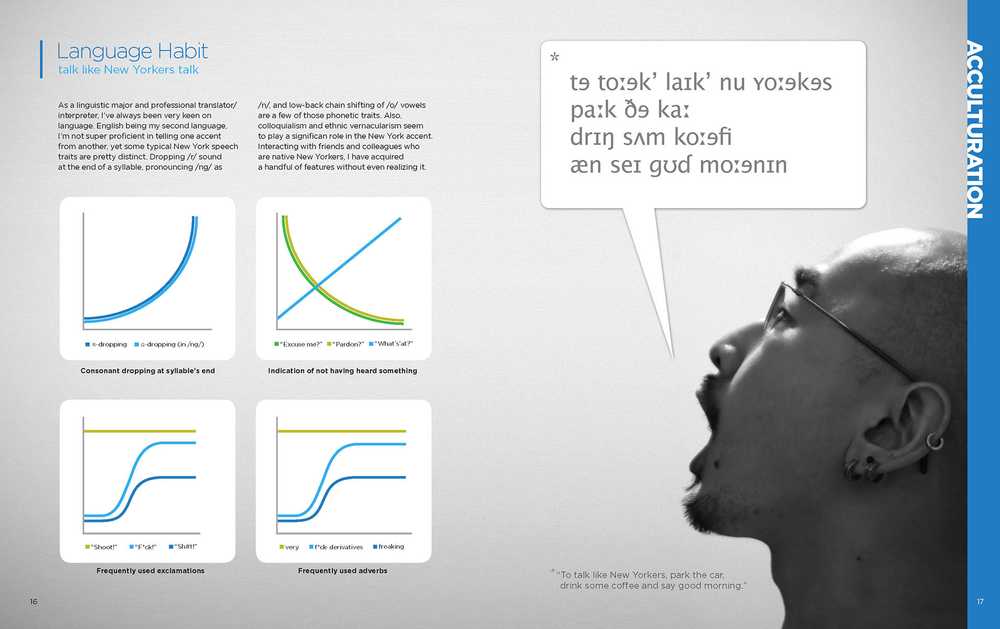 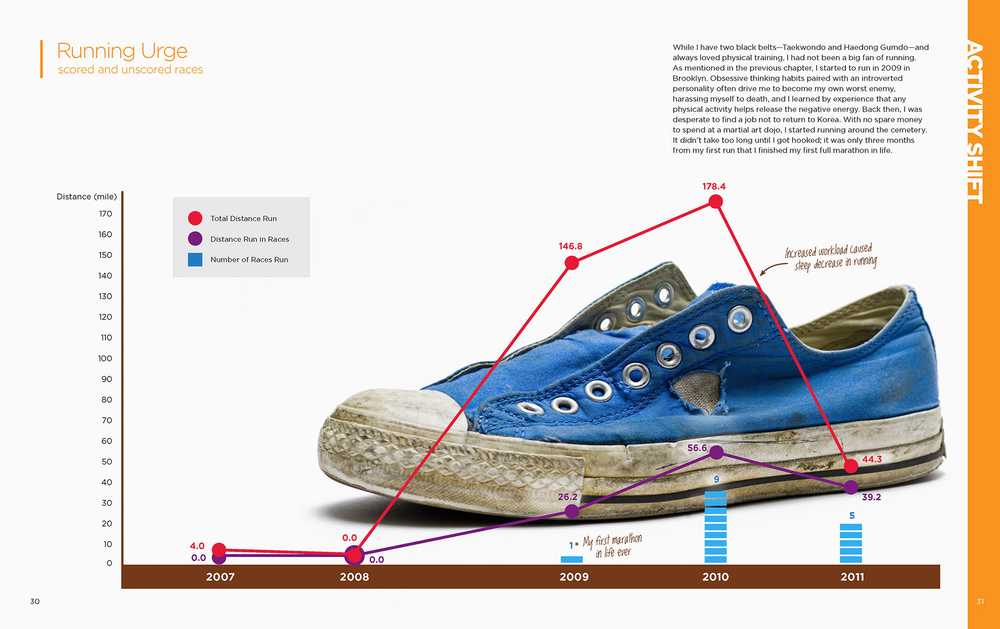 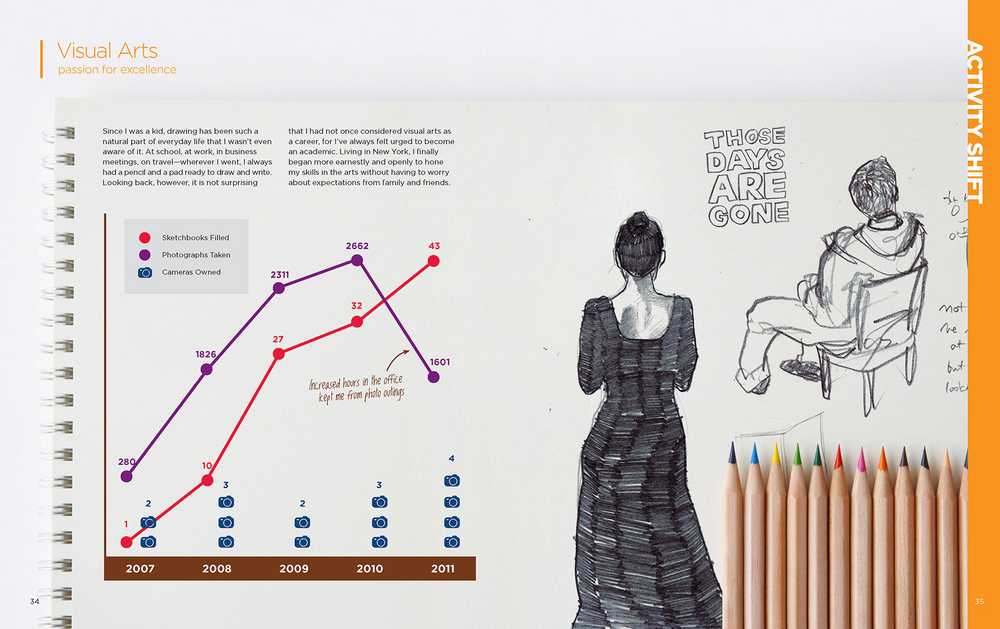 Knack of making something